MedTech Metro is an intimate forum and networking series designed to showcase New York’s bioscience and medical technology (Bio/Med) community before an audience of investors, business leaders and health care providers committed to promoting and supporting the Bio/Med industry. 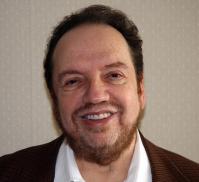 Mr. Blech currently has a new portfolio of nine companies which are pushing the frontiers of medical diagnosis and treatment for patients around the world.